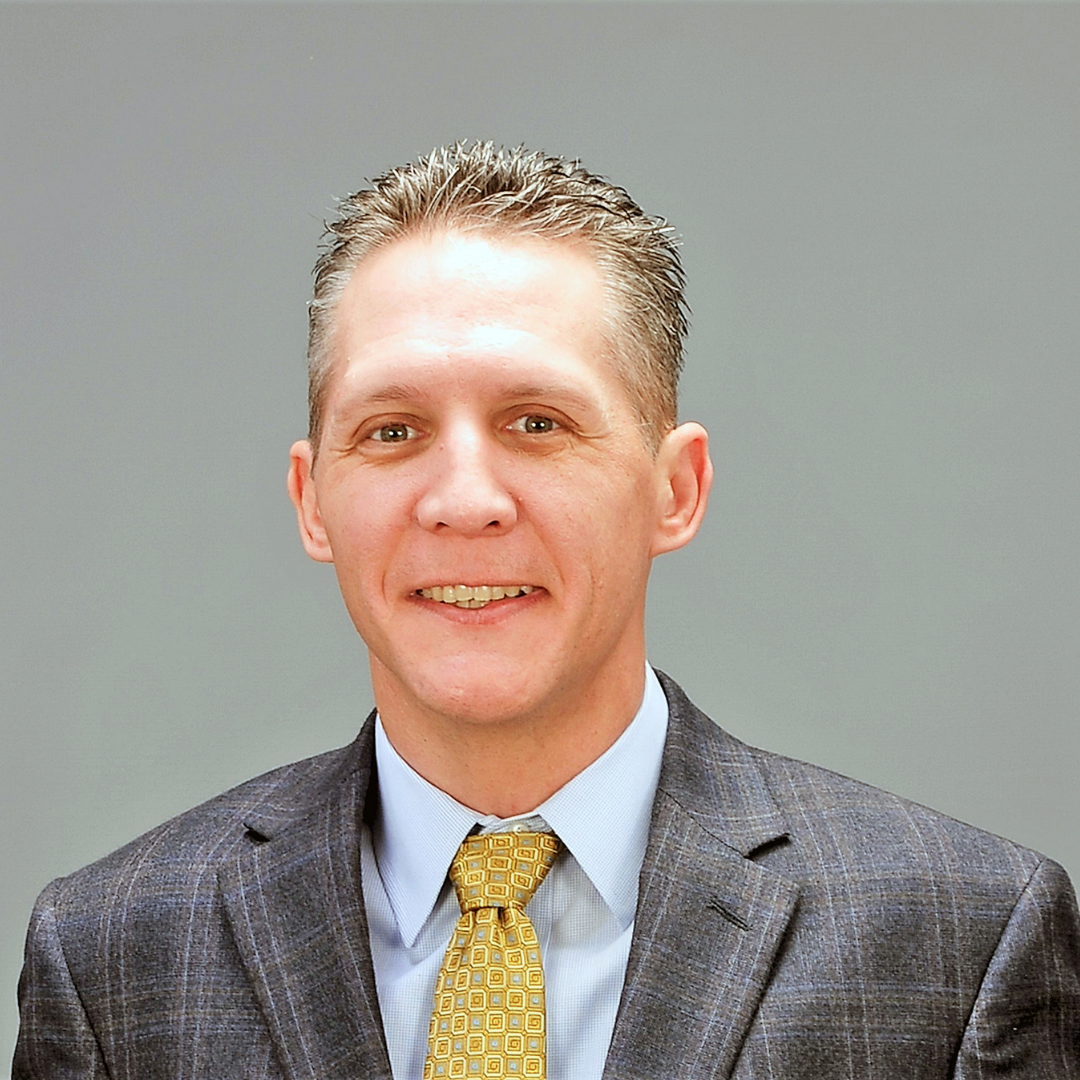 A lot of business leaders like to talk about their organization’s core values, but few take those values to heart. We’ll admit, the pressure of operating a business can sometimes make things a little blurry, even for the greatest of visionaries. However, if leadership values are aligned with the organization’s, straying from center becomes much more difficult.

As television host and commentator Jon Stewart once said, “If you don’t stick to your values when they are being tested, they’re not values, they’re hobbies.”

“If you don’t stick to your values when they are being tested, they’re not values, they’re hobbies.” — Jon Stewart

And there’s no better guidepost for a business’ health than its people. After all, organizations neither have physical bodies nor souls. But, they do have energy and intelligence. And as we see it at Profi, that energy and intelligence is an organism all its own — made up of the infinitely unique contributions of each of our people. So it’s up to each of us as individuals to make sure that our organizations stay focused on having the right impact.

Profi’s Core Values Are Central to Its Universe

At Profi, our core values go beyond simple words. They are central to our charter and they reside within the ethos of all our employees. We’ve intentionally designed our product and organization around them. They are part of our DNA as an organism… ehem, organization.

Our core values include: Inclusive, Responsible, Generous, Trustworthy, Holistic, Flexible, Professional, Macro-optimistic and Reliable. And the sum of all these parts is how we view our relationship with you, each other and our place in the universe. In a world that feels scorched by the ferocity of our actions and their long-standing destructive impacts on people and the planet, Profi is all about making a positive impact using tech for the greater social good.

We recently took an internal survey to explore which of our teammates embodied certain Profi values the most and why, as shared by their colleagues. What we didn’t expect going in was that we’d uncover a mythical creature that embodies all of our core values. But it didn’t take long, and we didn’t have to look too far to find the answer. Unanimously, Profi’s very own, Carolyn Elder, was declared the ambassador of all our core values.

For those who don’t know Carolyn, she’s our content marketing strategist extraordinaire. But that barely scratches the surface of who she is.

A Journey Between Realms

Growing up in a small rural township in central Missouri, Carolyn discovered the two things that made her the happiest. At an early age, she developed a love for animals and telling stories. Her mother was a writer, journalist and children’s book author, so writing and drawing came quite naturally to Carolyn. By the time she was seven, she had already penned her first full story, Joey the Penguin.

From that point forward, her journey as a storyteller was etched into the fabric of the universe.

“I was always writing and illustrating,” says Carolyn. “When I was young, my friend Scotty and I would spend hours working on our series about two nutty hamsters and all their adventures. My mom took notice of my passion and was convinced that I would one day work in advertising. And she was right.”

Carolyn’s passion would eventually lead her to the University of Missouri, Columbia, where she graduated with a bachelor’s degree in Journalism. Her first internship was with a trade publication in St. Louis, where she worked her way through college as a freelance writer to supplement her work-study jobs in the Journalism library or helping kids to read.

After graduation, Carolyn went to work as a marketing coordinator for the Ozarks Regional YMCA in Springfield, Missouri. But even then she kept one foot in the door with journalism, writing as a freelancer for Springfield’s 417 Magazine.

The YMCA’s built-in volunteer ethic, combined with a chance community theater practice in a bottom-dollar derelict building in a neglected neighborhood just north of downtown Springfield spurred her passion for advocacy and helping others. She became a champion for change for Springfield’s impoverished commercial street historic district and revitalized resources like the C-Street Farmers Market in the area.

Thanks to Carolyn’s passion and efforts, the commercial street district in Springfield is now an eclectic, business-diverse district that reflects the people in the community who called it home (even when it wasn’t desirable). She saw its potential and nurtured it. And with the help of a handful of community members and leaders, brought it back to life.

“When I first visited C-street, all I saw were these amazing old buildings with wonderful character and great potential,” says Carolyn. “Thankfully, some of Springfield’s political leaders saw the same thing. It has been an inspiring transformation!”

Carolyn then left Springfield for the big city. She ended up working for various advertising and digital agencies in Chicago, bringing her mother’s early visions of her career to fruition. However, working in advertising would later inspire her to do something a bit different.

“It was extremely difficult to make a good living as a writer during that time, but project management was a different story,” added Carolyn. “I love learning new things, so I put that energy to work and soon became a project manager for digital marketing initiatives. I went to work for TravelClick and helped build and manage websites for hoteliers across the US, Canada and Latin America.”

Carolyn’s skills became so sought after that she was eventually able to leave the agency world behind. Her personal values of freedom and flexibility translated naturally into work as a professional consultant. But it also meant her 12-hour days became blurring 24-hour days.

Pushing her passion to its limits, Carolyn eventually found herself at a crossroads.

“In 2016, I put work on hold and took seven months off to focus on myself,” recalls Carolyn. “The creative part of me had taken a back seat for far too long, but I wasn’t sure how to get started again.”

A magazine quote cut-out she affixed to her vision board that year became her daily mantra: “If you want to be a writer, write!” Inspired by the mantra, Carolyn says, “I then told myself that if I wanted to write, all I had to do was start writing. It’s what I call ‘being to become.’ And that’s when Conscious Content began.”

Conscious Content is all about using a combination of self-exploratory Hakomi method-influenced mindfulness techniques and reconnecting the individual to macro and micro rhythms through simple and ancient Ayurvedic Sadhana practices. This approach inspires a deeper, more core transformation in the individual, their relationships and their work. Carolyn became a guide and voice for others looking to unlock their inner selves and give form to their true nature.

Hakomi is a Hopi Indian word that came to one of the method’s founders in a dream. Its original translation means, “how do you stand in relation to these many realms?” And a more contemporary translation asks the existential question: “who are you?”

But Carolyn’s journey to this deeper place didn’t happen overnight. It began in 2011 when she started exploring the benefits of meditation. A chance visit to a Sahaja meditation group in Peoria, Illinois opened up a new dimension for Carolyn introducing her to a spiritual realm that was completely life-changing. She was awakened to an entirely new state of being.

“After an experience like that you can never be the same again,” says Carolyn. “This is where my intentional journey towards a higher purpose started.”

Carolyn later moved to Austin, Texas to apprentice for two years with humanitarian and spiritual teacher, Vanessa Stone, whose simple, but profound inquiry of asking oneself in every moment: what is being offered guided her river-side on a greenbelt trail where her first Hakomi practitioner approached her to ask a question. This divinely arranged meeting (and Hakomi’s unique assisted self-study method) was the offering she set out to receive that day. Their work together was so evolutionary, Carolyn studied Hakomi method for two years and is now a practitioner of herself.

It was this spiritual part of Carolyn’s journey that eventually manifested itself as her re-awakening in 2016 to her own creative pursuits.

“I realized that when you want something in life you have to show up and ask for it,” recalls Carolyn. “This is when the universe often gives you what you need.”

For Carolyn, life soon became all about helping others in a deeper way by working with the unconscious to give it voice through her writing. And little did she know, she would soon get a message inviting her to put all of her talents to work helping those who help others.

"There is a whole universe living in her heart and soul, she is extremely creative and she’s the very best at what she does. She is Profi, and embodies every single core value we have." — Alina Trigubenko

“I reached out to Carolyn because I believed she had the talents and skills that could help us get to where we need to be,” said Profi Founder and CEO Alina Trigubenko. “But then I got to truly know her and I discovered she was that and so much more. I couldn’t believe how perfectly aligned she was with what Profi is. There is a whole universe living in her heart and soul, she is extremely creative and she’s the very best at what she does. She is Profi, and embodies every single core value we have.”

It’s been an incredible journey for Carolyn thus far, and her professional and spiritual journey has brought her to the perfect place. A place that appreciates her passion, celebrates her skills and abilities and fuels her desire to make a positive impact.

“It’s time for us all to put our energy into what matters. At Profi, we help the people that help other people — and it doesn’t get any better than that.”

Born in the high desert of southeastern Oregon and raised in sunny California, Brian Fitzgerald puts his 20 years of experience as a writer and PR professional to work for Profi each and every day. A self-described creative analytic, Brian brings his left and right brain together to produce inspiring content and measurably effective results. Follow Brian on LinkedIn. 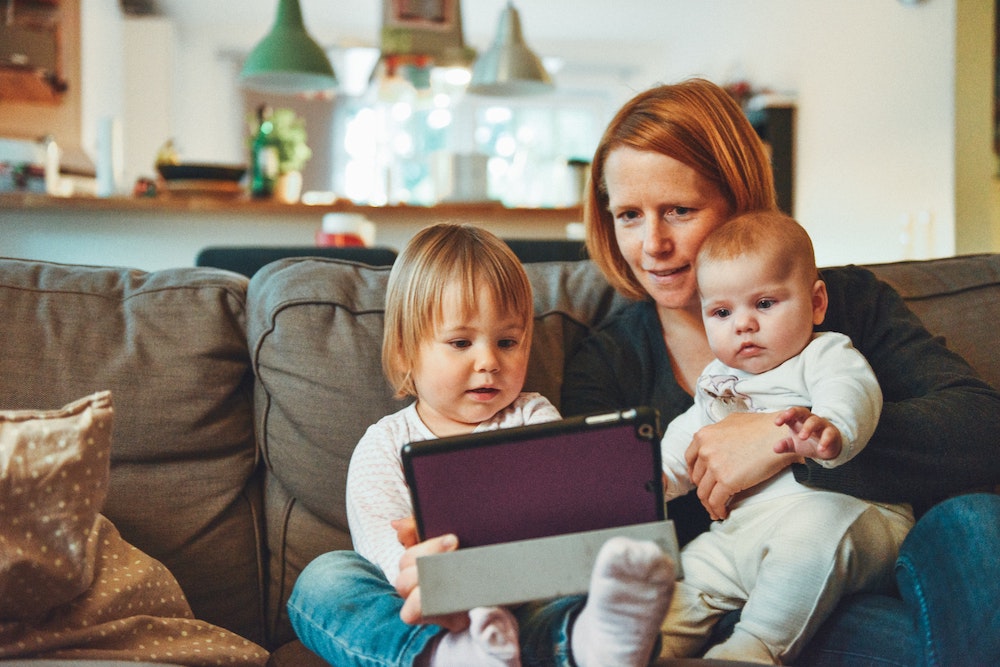 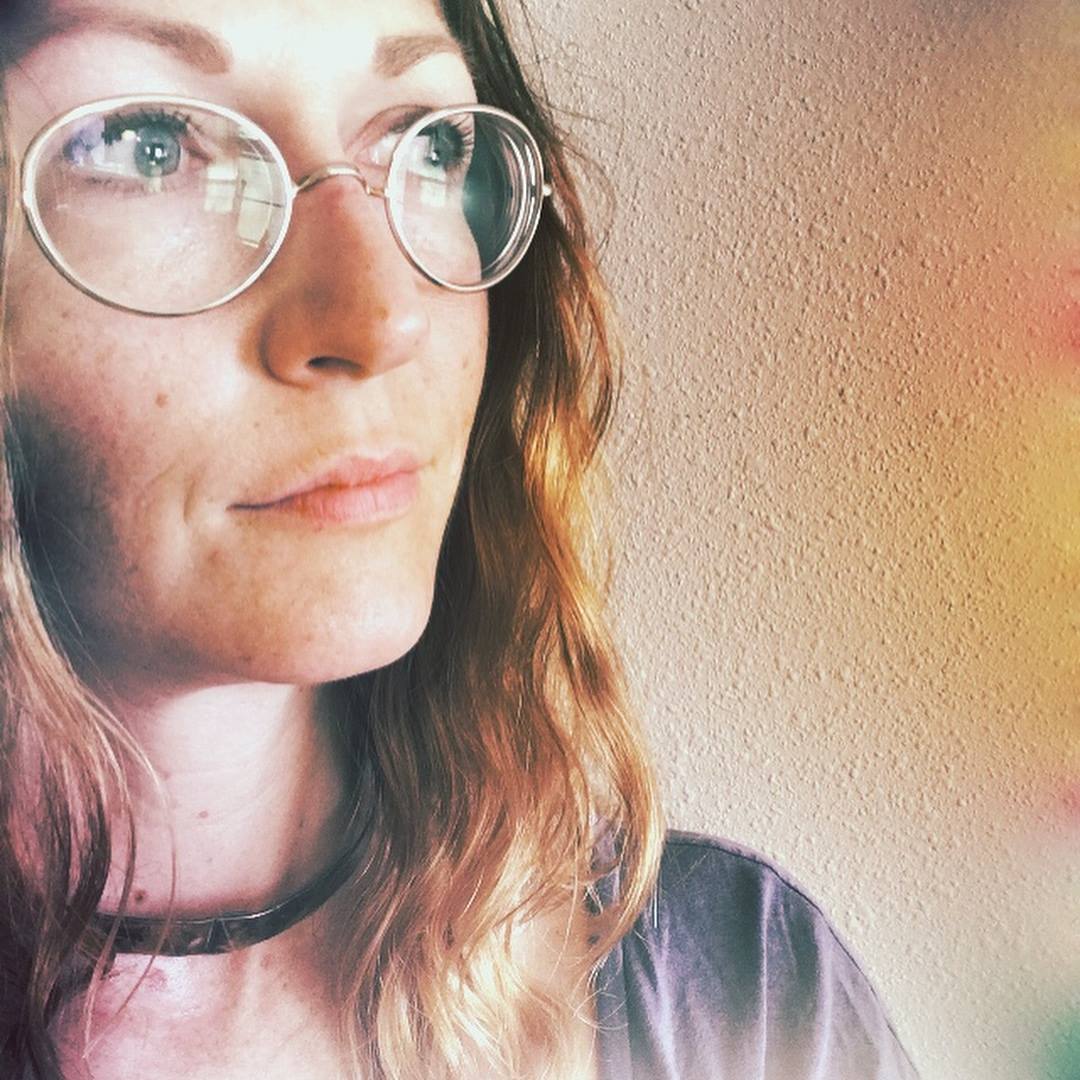 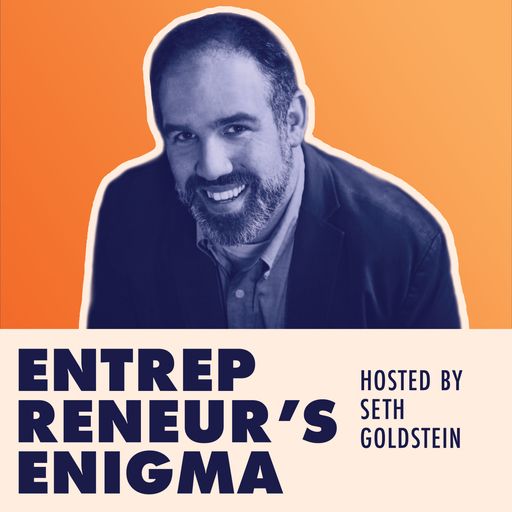 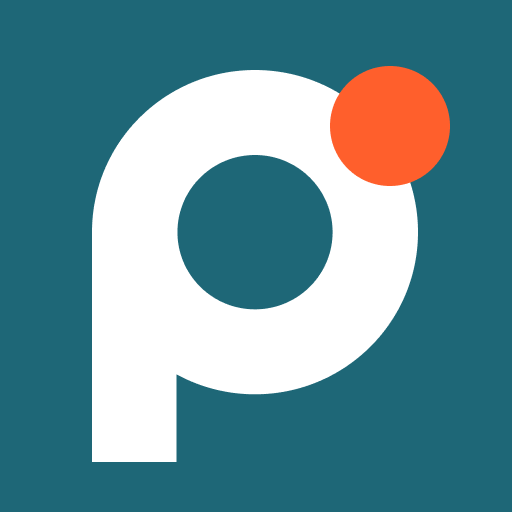 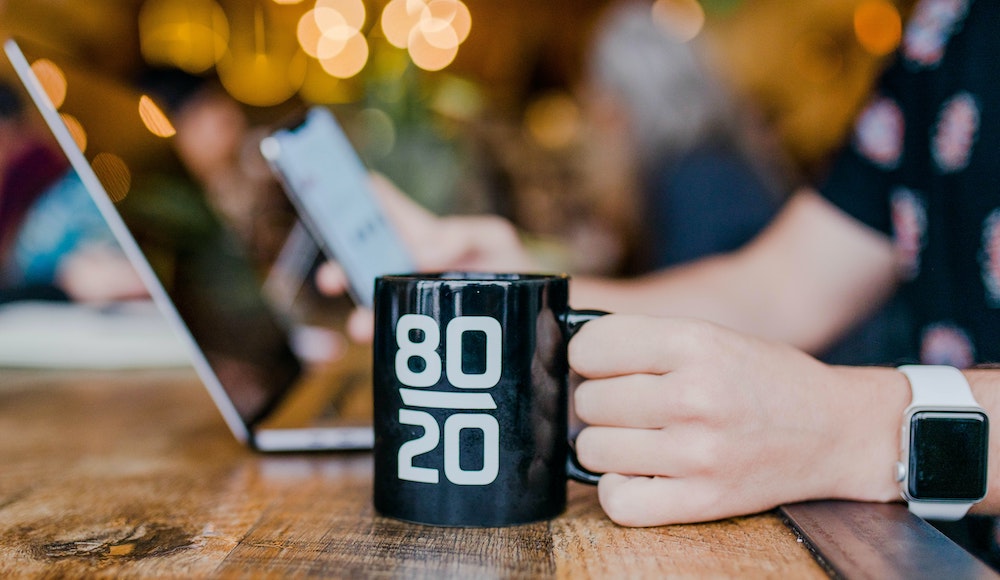 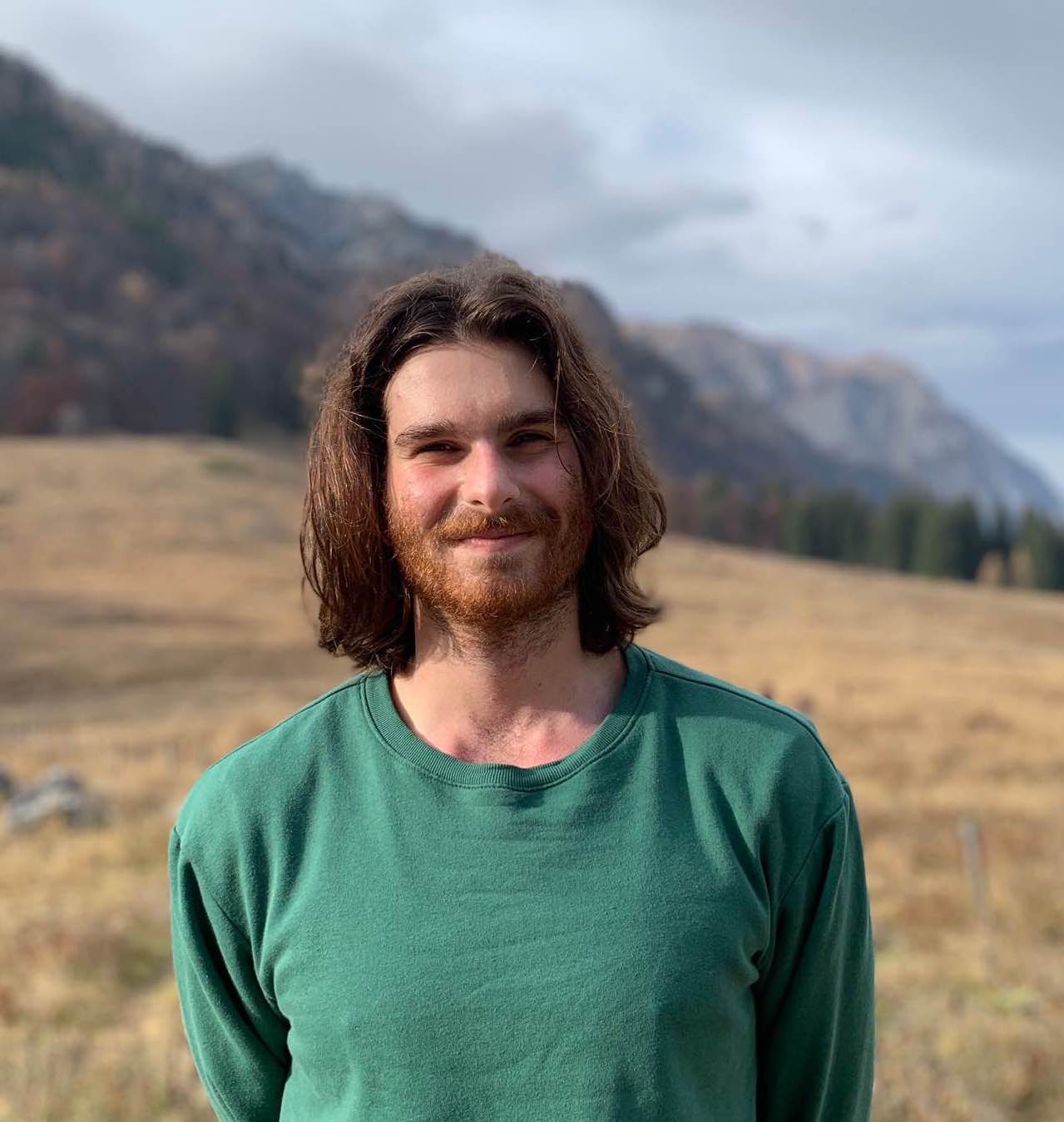 No items found.
Table of contents

The rich text element allows you to create and format headings, paragraphs, blockquotes, images, and video all in one place instead of having to add and format them individually. Just double-click and easily create content.

How to customize formatting for each rich text

Headings, paragraphs, blockquotes, figures, images, and figure captions can all be styled after a class is added to the rich text element using the "When inside of" nested selector system.